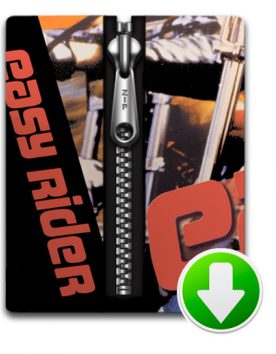 by Teresa Chan for Badlands Unlimited

Jabba The Trump was made in response to the rise of Donald Trump’s racist and nationalistic presidential campaign. It recalls the ancient practice of Voodoo dolls, puppets, and other ritual effigies and redefines the primitive wounds of Womanhouse – a process that mirrors the complexities of healing and destroying of what is seen and felt in the realities of an anti-feminist, xenophobic Trump candidacy. Jabba The Trump aesthetically digs beneath the political surface and enters a state that Mike Kelley pointedly describes: “the stuffed animal is a pseudo-child, a hypersexualized monster."

Speaking about Trump and his campaign, Teresa said, "He is so bad. I am an immigrant. I came to U.S. in 1981. He wants to kick me out? What about Paul? He immigrant too! He hate woman. He hate everybody, except himself. What an ugly guy. That's why he has mask. Ugly."

Jabba the Trump reflects not only the ghoulish and grotesque, but also the Voodoo duality of the rattlesnake. Its poison is toxic, but its poison is also needed to heal the same toxin. Jabba the Trump is open to all yet holds many secrets and mysteries to those who are uninitiated.

Artist Richard Hawkins began a residency on KALEIDOSCOPE Magazine's Instagram yesterday in what is described as "a series of images and gifs lampooning the artworld darlings currently featured in KALE... more

Badlands is pleased to announce our participation in the New York Art Book Fair at MoMA PS1, September 16-18. This year, Badlands will premiere the two latest novellas in the acclaimed erotica series ... more

New York Magazine‘s Michael Slenske wrote a piece on the art that has been made about Trump and mentioned Paul Chan’s work. Fitting considering Badlands’ recent anti-Trump poster campaign for the arti... more

Teresa Chan is a former high school biology teacher and the mother of artist Paul Chan. She lives in Los Angeles.