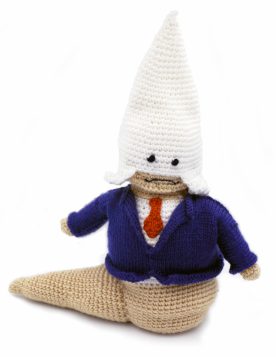 I want a president: Transcript of a Rally

"'I want a president: Transcript of a Rally' documents an afternoon of readings, speeches and performances on Nov. 6, 2016 on New York City’s High Line. Two days before the general election, the event convened artists, poets and performers to reflect on political leadership and community action in relation to my 1992 text I want a president. After the election, the memory of that day took on a different meaning, and we decided to make this book as a way to mark these ongoing conversations, and our continuing belief in the possibility of an equitable, sustainable and compassionate society." — Zoe Leonard

I want a president: Transcript of a Rally is a beautifully published work by Zoe Leonard and her collaborators based off readings and performances done at an event on New York's High Line days before the 2016 election, where Leonard's 1992 work, I want a president, is currently on view. Participating artists include Sharon Hayes, Wu Tsang, Mel Elberg, Eileen Myles, Pamela Sneed, Fred Moten & Stefano Harney, Alexandro Segade, Layli Long Soldier, Malik Gaines, and Justin Vivian Bond & Nath Ann Carrera.

The responses to Leonard's piece have only gained further potency and urgency since the results of the election. Their reflections run the gamut from personal, political, poetic, diaristic, reflective, angry, inspired, proclamatory, hopeful even humorous, sometimes all of those things at once. Texts and lyrics are reinterpreted and given new meaning. The transcript acts as an artifact of resistance and activism, an outlet and vessel, a place of freedom of expression for those people and groups that the ruling class of society casts aside and doesn't deign to care about. It also manages to encapsulate so many of the issues the world reckoned with in 2016, and will continue to reckon with, from Standing Rock to racial justice to LGBTQ+ rights. Designed by Joseph Logan.

Part of the proceeds from the sales of the paper edition of I want a president will go towards Black & Pink. Black & Pink is a national organization that provides support for LGBTQ prisoners, currently and formerly incarcerated, through advocacy, education, direct service, and organizing.

The book is edited by Karen Kelly and Barbara Schroeder of Dancing Foxes Press and designed by Joseph Logan.

A PDF of the book is available for free download here. Feel free to pass it on.

New No's are included in an article discussing the role of language during and after the election called "What Do We Know?" by Alexander Provan in the latest issue of Mousse Magazine. New No's is ment... more