Who's Afraid of Art, Race & Institutions? 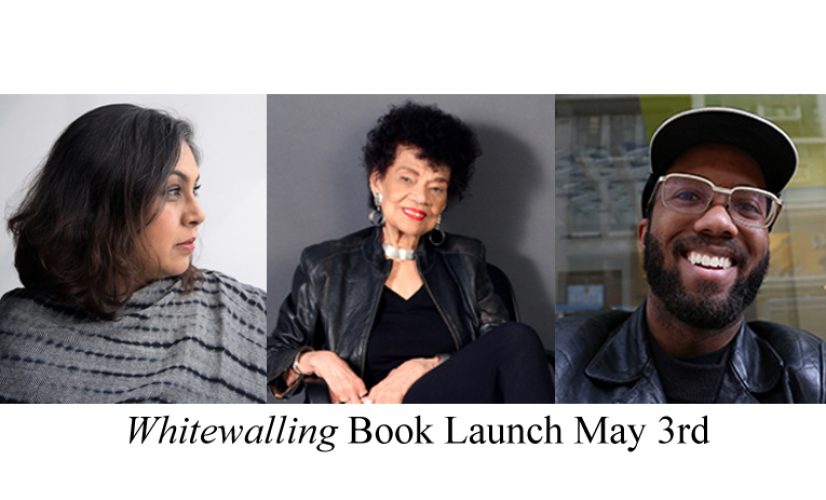 Badlands Unlimited is pleased to announce the book launch event for Whitewalling: Art, Race & Protest in 3 Acts by Aruna D'Souza Thursday May 3rd, 7PM at the Brooklyn Museum. Come celebrate the release of this landmark publication and join us to discuss how art institutions in New York and elsewhere can reconcile their systems and legacies to address racial justice in the arts today.

The event will take place at the Iris and B. Gerald Cantor Auditorium at the Brooklyn Museum where Aruna D'Souza will read from her book followed by a conversation with artists Lorraine O'Grady and Devin Kenny on the vexing relationship between contemporary art and race today. Q&A moderated by Catherine Morris, Sackler Senior Curator for the Elizabeth A. Sackler Center for Feminist Art. A book signing will follow.

Whitewalling: Art, Race & Protest in 3 Acts is a gripping account of three events in American art history. In 2017, the Whitney Biennial included a painting by a white artist, Dana Schutz, of the lynched body of a young black child, Emmett Till. In 1979, anger brewed over a show at New York’s Artists Space entitled The Nigger Drawings. In 1969, the Metropolitan Museum of Art’s exhibition Harlem on My Mind did not include a single work by a black artist. In all three cases, black artists and writers and their allies organized vigorous responses using the only forum available to them: public protest.

Whitewalling reflects on these three incidents in the long and troubled history of art and race in America. It lays bare how the art world—no less than the country at large—has persistently struggled with the politics of race, and the ways this struggle has influenced how museums, curators and artists wrestle with notions of free speech and the specter of censorship.


Whitewalling takes a critical and intimate look at these three “acts” in the history of the American art scene and asks: when we speak of artistic freedom and the freedom of speech, who, exactly, is free to speak?

Aruna D’Souza writes about modern and contemporary art, food and culture; intersectional feminisms and other forms of politics; how museums shape our views of each other and the world; and books. Her work appears regularly in 4Columns.org, where she is a member of the editorial advisory board, as well as in publications including The Wall Street Journal, ARTnews, Garage, Bookforum, Momus and Art Practical. D'Souza is the editor of the forthcoming Making It Modern: A Linda Nochlin Reader.

Devin Kenny is an interdisciplinary artist, writer, musician, and independent curator. Hailing from the south side of Chicago, he relocated to New York to begin his studies at Cooper Union. He has since continued his practice through the Bruce High Quality Foundation University, Skowhegan School of Painting and Sculpture, SOMA Mexico, and collaborations with DADDY, pooool, Studio Workout, Temporary Agency and various art and music venues in New York City, Chicago, Los Angeles, and elsewhere including: Recess, Het Roode Bioscoop, REDCAT, MoMa PS1, Freak City, and Santos Party House. He received his MFA in 2013 from the New Genres department at UCLA and is an alum of the Whitney Independent Study Program.