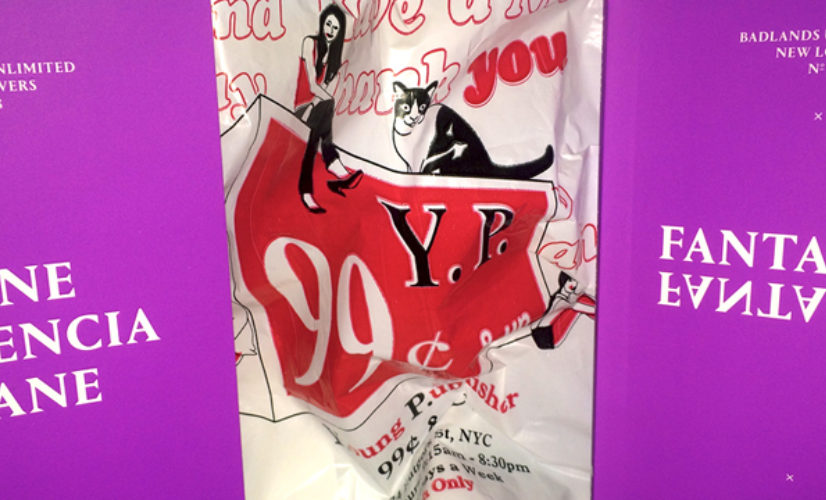 Badlands is pleased to announce the publication of two new novellas in the acclaimed erotic series New Lovers. In Fantasian by Larissa Pham, a young Asian woman's life at Yale takes a dizzying turn when she meets Dolores—her doppelgänger—at a party. As they begin to merge into each other’s social and sexual worlds, it becomes impossible to tell where one girl ends and the other begins. When Dolores' boyfriend and his twin brother enter into this pas de deux, identities and couplings spin off into a sinister and perverse web of illusions. Fantasian is Single White Female for the dawn of a new sexual fluidity. And in One Valencia Lane by Bettina Davis, a former model lives a life of leisure in New York City with her hot but boring workaholic husband, Landon. One night, the mysterious Sir Dannlo invites her to a mansion upstate, where Greta finds herself indulging in pleasures her marriage can’t fulfill.

The design of New Lovers pays homage to the classic covers of the books published by Olympia Press. The “soft-touch” lamination and embossed lettering on the front covers of the paperback editions make these novellas a precious edition to any library. Both paperback and ebook editions feature special color endpaper artworks by Paul Chan.