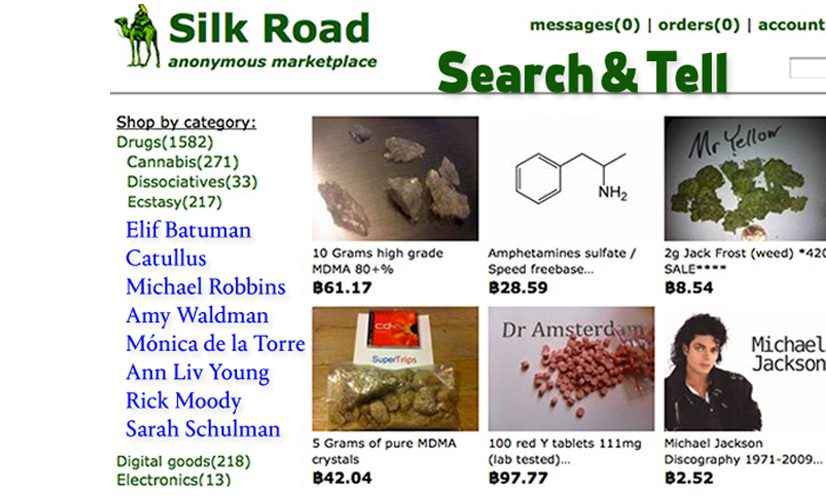 Badlands Unlimited is pleased to announce Search & Tell, a new writing series exclusively on the Badlands website. Located inside the search bar at the top of the homepage, Search & Tell “types” out a story, poem, or other texts if the search bar is not being used. S&T also mimics typing (and correcting) mistakes, made sometimes when one texts or chats online, giving S&T a more unpredictable and human feel.

Search & Tell showcases some of the most compelling writers working in print and screen today, like the New Yorker staff writer and novelist Elif Batuman (whose forthcoming book The Idiot will be released by Penguin this March), poet and critic Michael Robbins (Alien Vs. Predator, The Second Sex, and the forthcoming collection of essays Equipment for Living published by Simon & Schuster), and a brand new translation of the scandalous Roman poet Catullus by classicist Richard Fletcher.

With Search & Tell, Badlands continues to explore different and innovative ways of combining art and writing in the digital era. Distinctions between writing, texting, and “searching” online are dissolving rapidly. The pieces written for S&T embody the spirit of this emerging dissolution.

S&T will premiere starting February 16th with Elif Batuman. Each writer's contribution will be featured in the search bar for the duration of a week, see schedule below.

Each writer's work can also be called up by typing a "password" into the search bar related to either the author's work, the name of an animal, or an astrological sign.

Elif Batuman is a staff writer for the New Yorker. Her first novel, The Idiot (Penguin), comes out in March 2017.

Richard Fletcher teaches ancient Greek and Roman Literature and Philosophy to the youth of Ohio. He also writes about Classics and Contemporary Art on Minus Plato.

Michael Robbins is the author of Alien vs. Predator