Publisher's Note: Lock Him Up 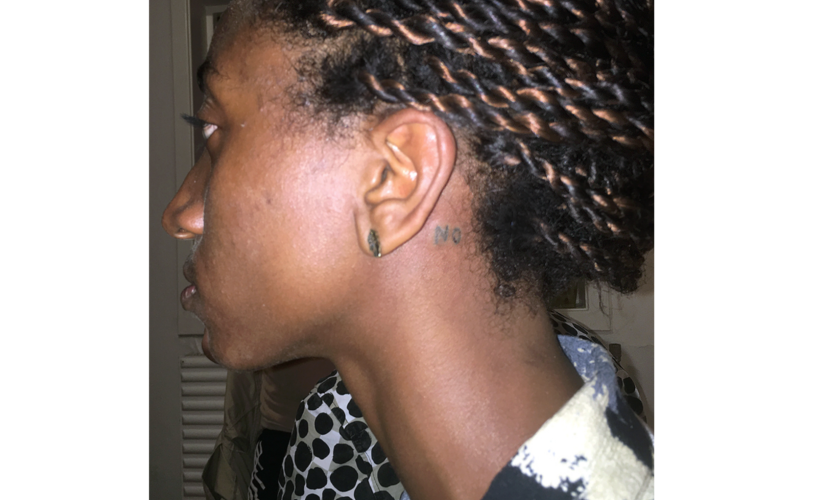 In light of the resignation of Artforum co-publisher Knight Landesman after a lawsuit was filed in New York accusing him of sexually harassing at least nine women in episodes that stretched back almost a decade, as well as the continuing fallout from allegations of sexual harassment and assault against Harvey Weinstein, James Toback, Leon Wieseltier, Hamilton Fish, et. al, we asked Badlands authors for comment. Here is what they wrote.

Andrea McGinty
The sexual harassment I experienced after my erotic novella was released was not the first or last I’ve been subjected to, but perhaps it was the most focused. I’ll never forget the feeling of humiliation when at Paul’s Guggenheim opening, days before the release, a stranger asked a mutual friend if I had slept with him and that is why he published me. It’s not just about words or touch, it’s about being treated like you don’t deserve to be there if not for someone else’s pleasure. It’s the excitement over expressed interest in your work and the sinking feeling when a business meeting becomes a proposition. It’s that feeling of expendability that has never truly left me.

Lex Brown
When I saw my friends posting stories on social media about sexual assault and rape, I thought, "Wow. I'm lucky I've only been punched in the face."

I got punched in the face in 2009, and guess what? I never really got over it. I was in Italy walking home with a friend. Two men approached us and stole her purse and ripped her shirt. I fought back, while also saying flatly, "Is this seriously happening." I think my usual voice came out because what was happening to us is something that usually happens. I know, I know, it wasn't explicitly sexual so it "shouldn't count" in this discussion, but it's all at the same nasty salad bar.

A few years after that assault I took an excellent self-defense class that is all based on leg work. My teacher, Nelson Nio, had also taught the Kardashians at one point. In class he wore a big padded suit, similar to what dog trainers wear. When it came time to practice the exercises, it was great because you could really fight back. You could actually hit him and fully kick him in the balls. We learned how to defend ourselves while lying down in bed, or what to do if we were held at gun point against a wall.

Now when I walk home at night, I always go over these moves. I think, "What would I do if someone jumped on me right now?" I prepare myself to fight to the death any time I am walking alone at night. If I am walking alone, it means I am mentally prepared to try to kill someone who might attack me. This is not a fun way to live but what else can a person do in this world when she routinely gets insulted by male strangers for walking around and breathing ?

A male neo-liberal classmate of mine once (allegedly) said that self-defense classes for women are comparable to people buying guns for self-defense, and that like guns, women walking around with skills to protect themselves in case of attack are actually promoting and provoking situations with male attackers.

A lot of what's being discussed now is harassment in the professional world. I'm a black woman, which sometimes oddly functions as an invisibility cloak in white spaces. I haven't experienced much sexual harassment by white men in a work environment. But that's probably, almost certainly, just me and my experience. They do be harassing my spirit tho. Sexual harassment is spiritual harassment. And how I feel about it all is written in my tattoo "No." Just No.

Cara Benedetto
Rape culture is the every day way the world is shown and spit upon us. Rape culture is routine, money making capital culture. Rape culture is as boring as culture gets. As an artist, non-profit worker, and teacher I have never worked in an environment where rape wasn’t part of the culture. If it is suddenly important to report and expose individuals in the art world as rapists (which it absolutely is), it is imperative that we seek to expose every system that has produced rape as a normative act and created a stage in which people (all of us) love to watch.

The art market is the most corrupt market in the world. General equivalents (as money has proven) and other abstract ways to produce value are dangerous. Even though they claim to demand a space outside of this market, artists (institutional critique and painters alike) are located at the bottom of the ‘how value is made and pays’ pyramid. This is not new. This must change.

Every semester I tire my students with long-winded talks on the frustrations artists have been articulating for decades (hungry, bored, unloved). However it is with optimism that we discuss (in a logic only our dreams can make sense of) and engage over painful topics that pervade and dominate our most sensitive imaginaries (how culture names us as starving, anxious, unlovable).

Each semester this class travels from Richmond Virginia to New York City. We feel, we rage, and we critique our every encounter. From feeling too big, too poor, or too out of place as our dirty back packs take up space at a hipster opening, to feeling like we totally ‘get it’ as we come to recognize Pope L.’s late arrival to an awards talk as a wonderful power play and performance.

This class understands that the art market is a total sham, because as a teacher it’s important that I too locate how I have reproduced the art market that exists today, so that together we can localize our feelings in order to feel better. These students expect to be paid for their work. These students will not tolerate any sort of injustice presented to them by any work world, because that world just won’t work.

—Cara Benedetto is an artist, author of Burning Blue, and professor of Print Media at Virginia Commonwealth University

New Lovers 3: God, I Don't Even Know Your Name