Now I Can Say: A Publisher's Note by Yvonne Rainer 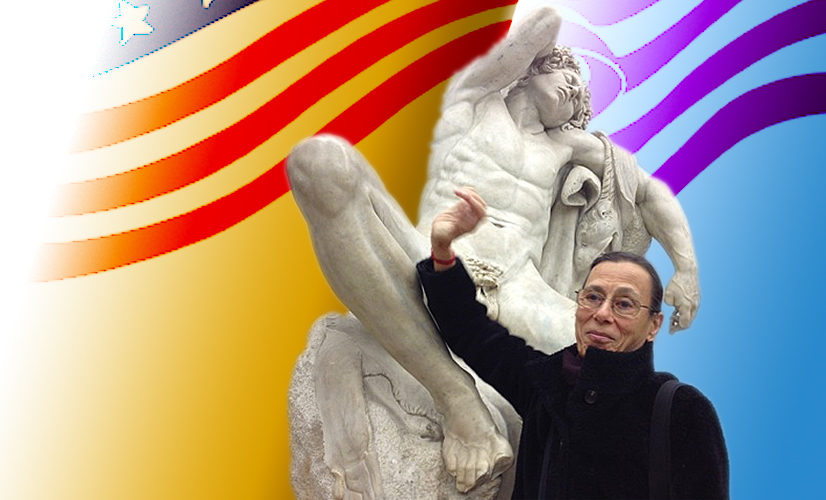 OK, my friends: to tweet
or not to tweet
there he can boast
so virile so manly
oh so entitled
Would we like to do the same?
touch his parts
as he fulminates in public?
our feminine ghosts
rise up in dismay
Now I can say:
I was eleven
a man came from behind
(do they always come from behind?)
put his hand between my buttocks
I moved closer to my mother
the hand pursued me
I never told anyone.

Publisher's Note is a platform for opinion pieces of a topical nature written by Badlands Unlimited or authors and friends of Badlands. Read the first Publisher's note here

Yvonne Rainer, one of the founders of the Judson Dance Theater (1962), made a transition to filmmaking following a fifteen-year career as a choreographer/dancer (1960–1975). After making seven experimental feature-length films—Lives of Performers (1972), Privilege (1990), and MURDER and murder (1996), among others—she returned to dance in 2000 via a commission from the Baryshnikov Dance Foundation (After Many a Summer Dies the Swan). Since then she has made six dances, including AG Indexical, with a little help from H.M., Assisted Living: Do you have any money? and The Concept of Dust, or How do you look when there's nothing left to move? Her dances have been seen throughout the U.S. and Europe, including the Whitney Museum, the Museum of Modern Art, Kunsthaus Bregenz, and the Louvre. Retrospective exhibitions of her work have been presented at Kunsthaus Bregenz and Museum Ludwig, Cologne (2012), the Getty Research Institute, Los Angeles (2013), Jeu de Paume, École des Beaux Artes, La Ferme du Buisson, France, and Raven Row, London (2014). A memoir—Feelings Are Facts: a Life—was published by MIT Press in 2006. A selection of her poetry was published in 2011 by Badlands Unlimited.