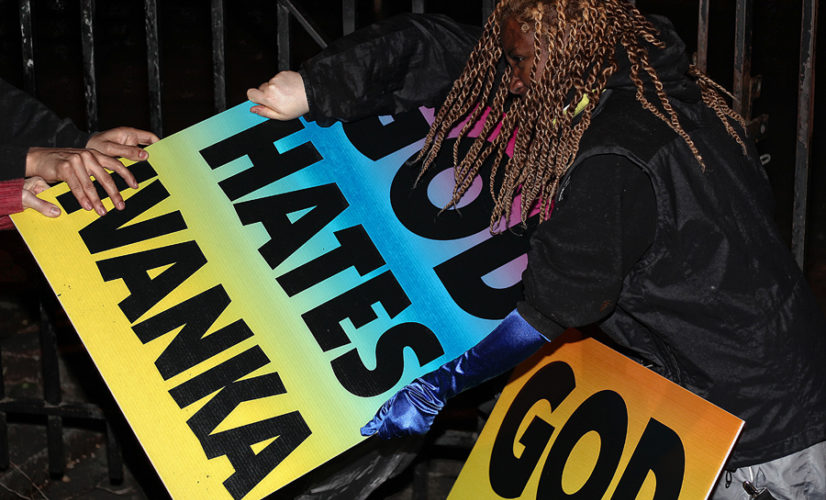 Badlands is excited to announce that New Proverbs, our line of protest signs, are now available for sale exclusively on the Badlands site for only $39!

Part of the proceeds from the sale of New Proverbs will go to the ACLU, Planned Parenthood, The Ida B. Wells Society , and Black and Pink. Badlands will also donate signs to protest groups, arts centers, and community groups across the country—in particular states that favor the current administration—so the signs can be used in rallies and gatherings everywhere.

Made of corrugated plastic, the signs are stiff and durable. They are ready to be used in any public protest or town hall meeting you attend, or can be displayed in your office or home, to let your friends, colleagues, and neighbors know exactly what you think and where you stand. They are available signed and unsigned with the option of choosing from the following slogans: God Hates Trump, Fags Hate Trump, God Hates Ivanka, & Trump Dooms Nation. A 4-pack bundle is also available.

Troll the trolls with us!