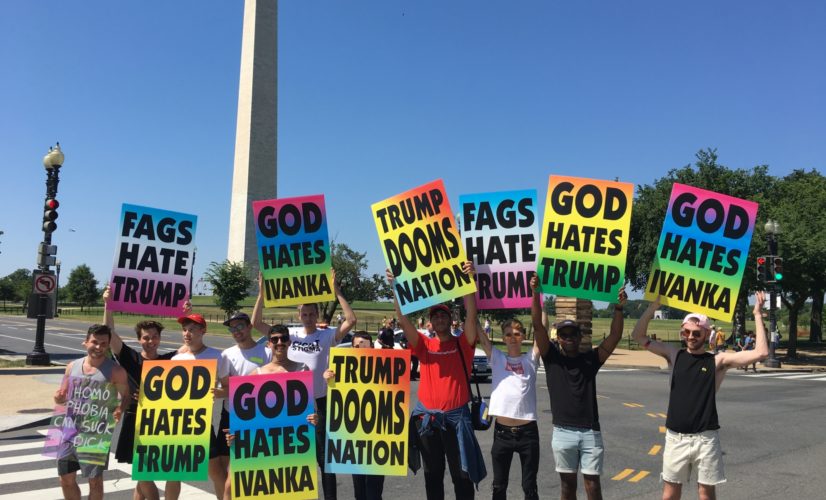 The New Proverbs signs were on display at the Equality March in D.C. this past weekend in the hands of the Hello Mr. team. The Daily Beast mentioned the signs in their coverage of the march, calling them "a campier spin-off of those used by the Westboro Baptist Church" and using one of the signs "Trump Dooms Nation" as the title of the article. The Huffington Post also picked the New Proverbs as some of their favorite protest signs from the weekend's equality & resist marches across the country.

Cover image photo and photos above courtesy of Hello Mr.

Photo by Andrew Desiderio for The Daily Beast

Samuel Leighton-Dore also immortalized the New Proverbs in an illustration based off an image of the Hello Mr. team holding the signs in D.C.