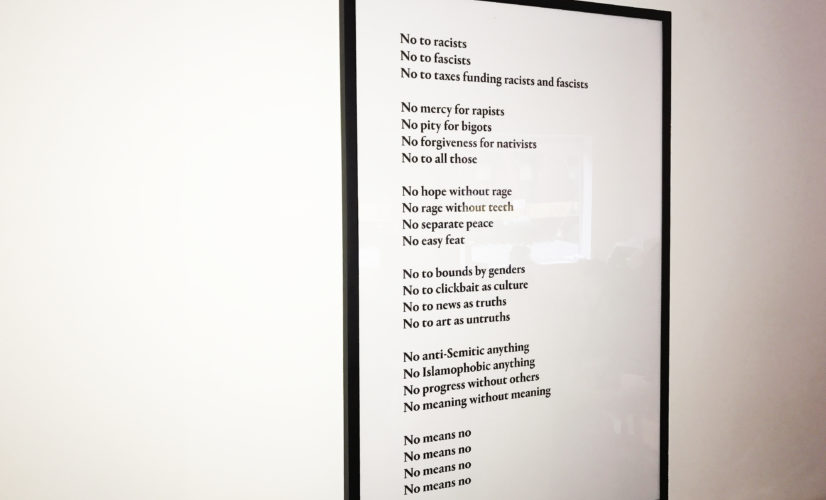 "Can there be business as usual in the climate of racism, misogyny, homophobia and xenophobia that the election exposed and fostered? Has an economic and ethical line been drawn in the sand between the art market, with its appetite for eye-candy, and alternative factions and modes of production, in whatever forms they may take? Time will tell."

New No's poster available in our webstore now (40% off until January 1st)! Part of the proceeds will go to Planned Parenthood & the ACLU.

Read the full article on The New York Times site.