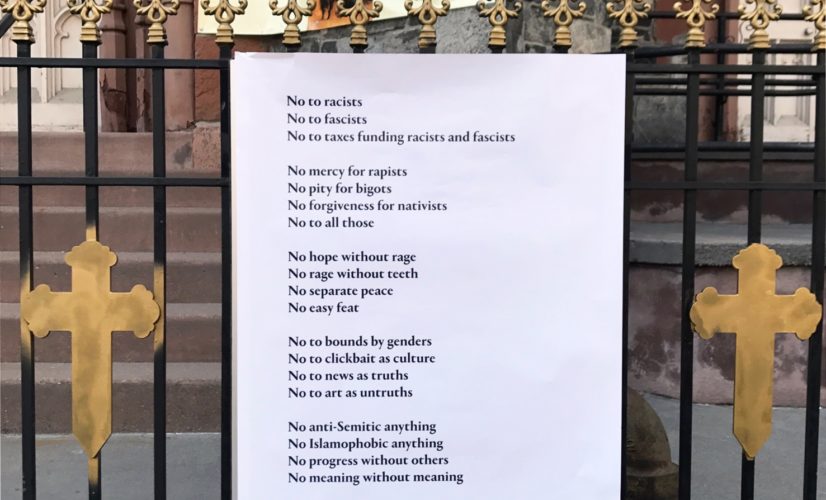 New No's are included in an article discussing the role of language during and after the election called "What Do We Know?" by Alexander Provan in the latest issue of Mousse Magazine. New No's is mentioned alongside works by Zoe Leonard and Paul Ramirez Jonas among others. Provan writes:

Late last year, following Donald Trump’s promotion to the most powerful office on the planet, the artist Paul Chan published “New No’s”, a post- election free-verse “protest against the drift of American society towards what is most un- American.” He wrote: “No to clickbait as culture / No to news as truths / No to art as untruths / ... No meaning without meaning / No means no.” To me, this signaled a tectonic shift in culture as a response—perhaps the only viable response— to the desecration of language and disregard for empiricism that are Trump’s hallmarks.

The February/March 2017 of Mousse is available now.

I want a president: Transcript of a Rally