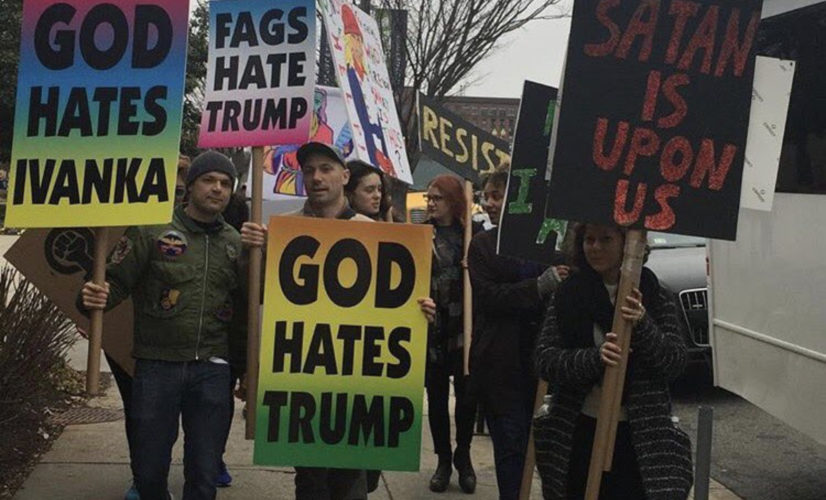 The ban & subsequent re-uploading of Badlands's New Proverbs signs by Facebook & Instagram was covered by Dazed, Hyperallergic as well as ArtReview last week. In an opinion piece, ArtReview's JJ Charlesworth calls the signs "particularly in-your-face examples of the new protest poster" and goes on to write:

"The trouble is the logic and language of ‘feeling safe’, of not being victimised, means that anyone’s free speech quickly becomes someone else’s hate speech. Maybe Badlands’ anti-Trump posters are hateful. But maybe free speech isn’t always pleasant, polite, innocuous, innocent or unthreatening. And that means that defending one’s own freedom of speech means defending it for others, however disagreeable. But it also means that ‘feeling safe’ can’t be the ‘trump’-card to play against others, since that card will, sooner or later, be played against you."