Celebrate the release of "Into Words" by Carroll Dunham 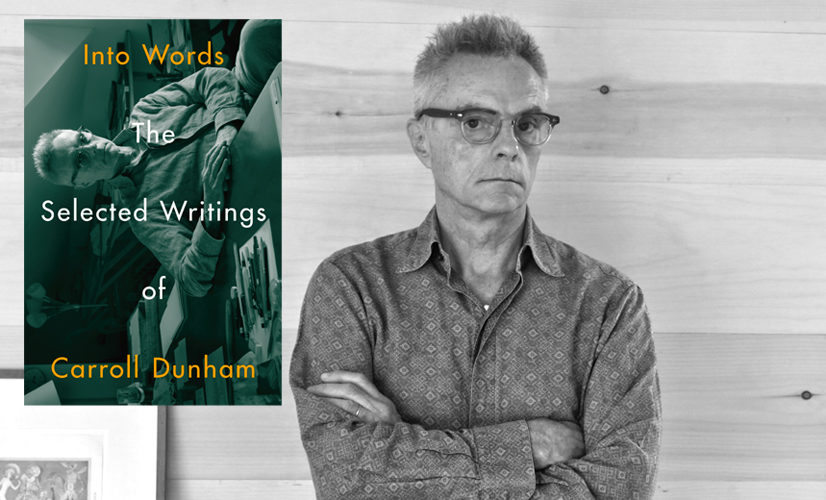 "This enjoyable and wildly eclectic selection of prose delivers a fresh perspective."—Publishers Weekly

Badlands Unlimited is pleased to announce the release of Into Words: The Selected Writings of Carroll Dunham. The official book launch will take place on October 26th, 6:30pm, at the Whitney Museum and will feature a conversation between Dunham and Scott Rothkopf. And on November 2nd, The Metrograph Theater (7 Ludlow St, New York) will host a conversation between Carroll and his daughter, writer and filmmaker Lena Dunham, followed by a screening of one of the Dunhams’ favorite movie: the sci-fi epic Strange Days (1995) by Oscar winning director Kathryn Bigelow.

Dunham is one of the most acclaimed and innovative painters of his generation. But he is also an astute writer who has engaged with a wide variety of artists in the form of reviews, catalog essays, and interviews. Collected here for the first time, Into Words reveals the true depth of Dunham’s writing.

From reviews of Pablo Picasso and Jasper Johns to a gonzo Peter Saul interview, to an appreciation of Kara Walker’s films and reflections on his own practice, Dunham writes about what is made and why it matters with real wit and candor. Into Words is an invaluable reader for anyone interested in contemporary art and culture. With an introduction by Scott Rothkopf, chief curator of the Whitney Museum of American Art, and a publisher’s foreword by Paul Chan.

Come join Badlands at the Whitney museum and Metrograph Theater to celebrate Dunham's first collection of writings. A special poster by Paul Chan designed to accompany the book will be given away with every book purchase at both events.

Into Words is available now at all fine independent bookshops and online at Badlands Unlimited.