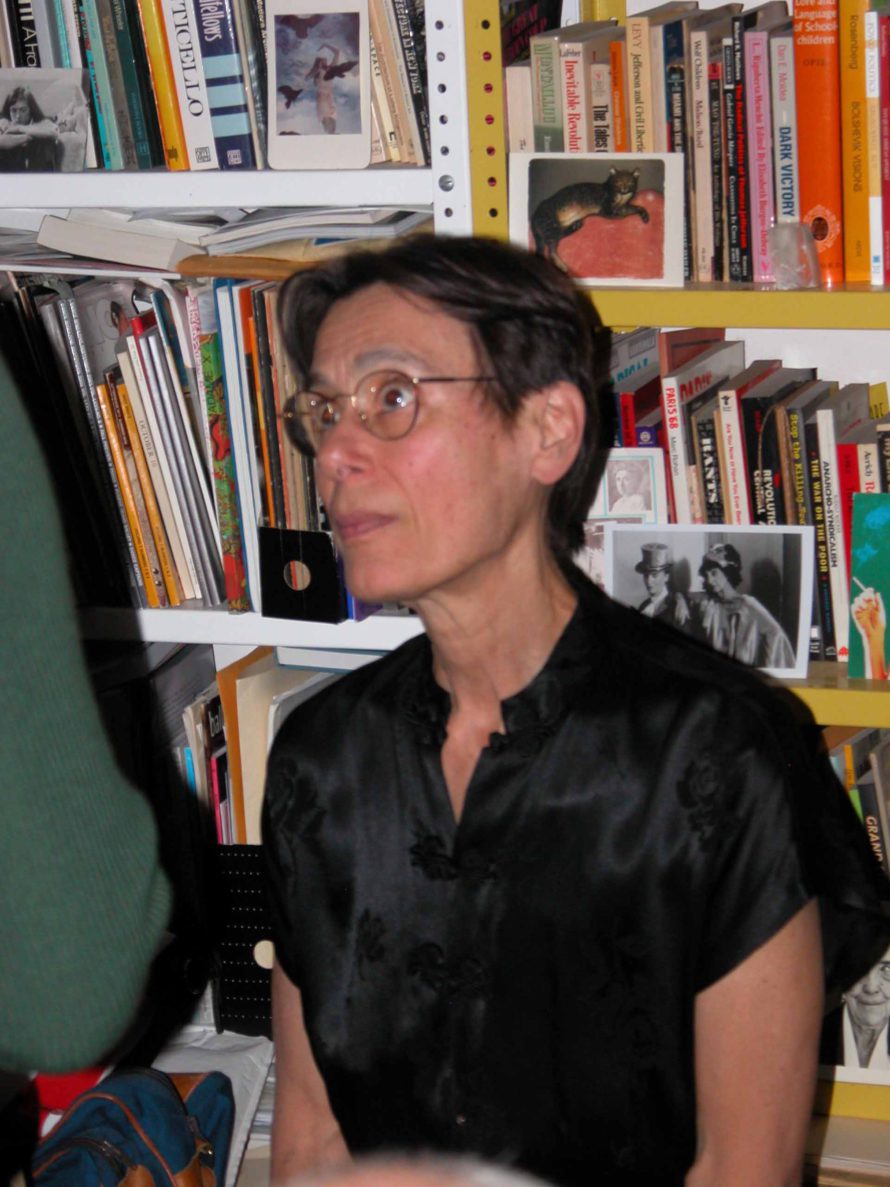 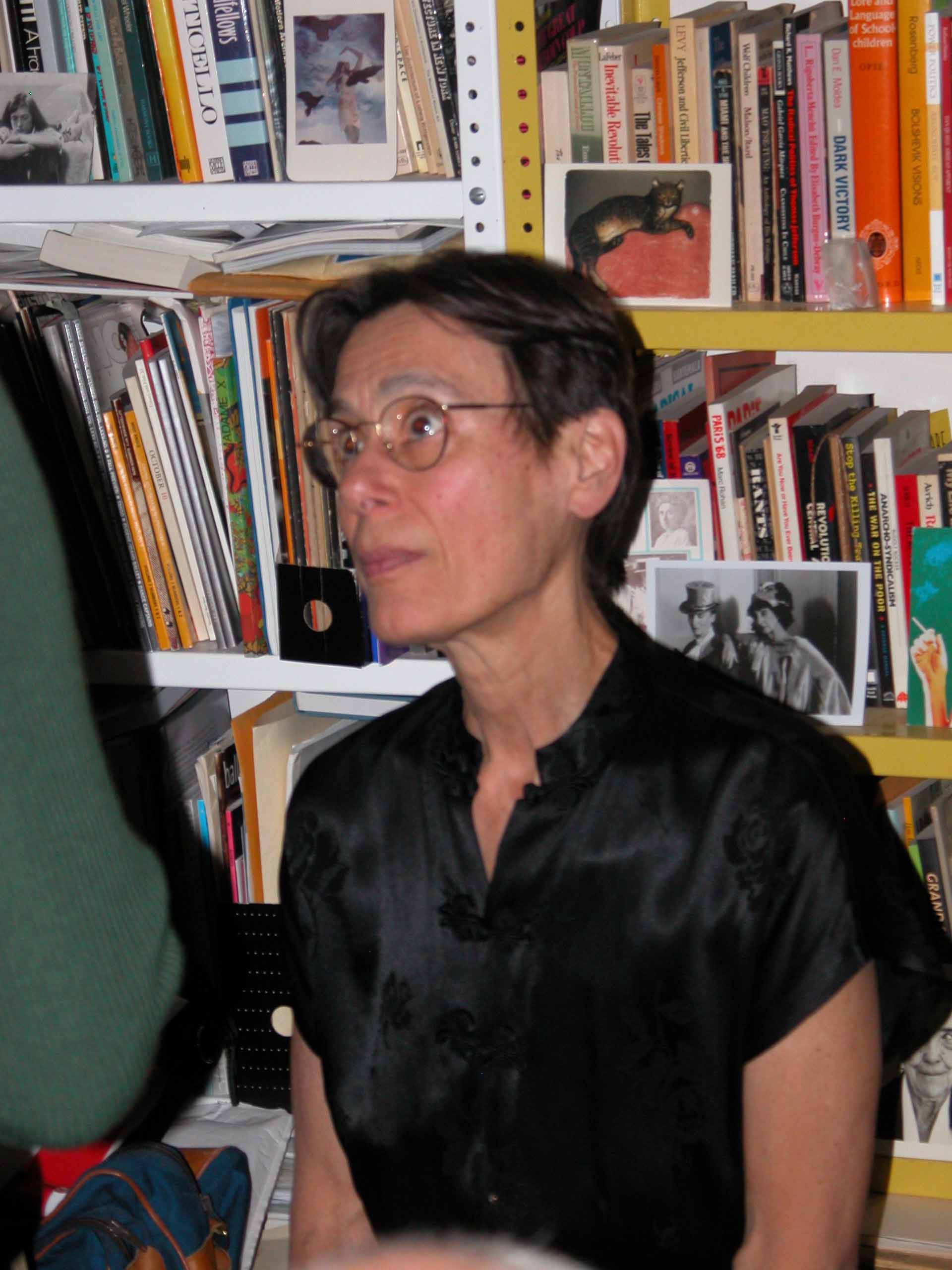 Yvonne Rainer, one of the founders of the Judson Dance Theater (1962), made a transition to filmmaking following a fifteen-year career as a choreographer/dancer (1960–1975). After making seven experimental feature-length films—Lives of Performers (1972), Privilege (1990), and MURDER and murder (1996), among others—she returned to dance in 2000 via a commission from the Baryshnikov Dance Foundation (After Many a Summer Dies the Swan). Since then she has made six dances, including AG Indexical, with a little help from H.M., Assisted Living: Do you have any money? and The Concept of Dust, or How do you look when there's nothing left to move? Her dances have been seen throughout the U.S. and Europe, including the Whitney Museum, the Museum of Modern Art, Kunsthaus Bregenz, and the Louvre. Retrospective exhibitions of her work have been presented at Kunsthaus Bregenz and Museum Ludwig, Cologne (2012), the Getty Research Institute, Los Angeles (2013), Jeu de Paume, École des Beaux Artes, La Ferme du Buisson, France, and Raven Row, London (2014). A memoir—Feelings Are Facts: a Life—was published by MIT Press in 2006.

Since 2010, Badlands Unlimited has published over 50 titles and 40 artist works in print and digital forms. Treat yourself and others this holiday season with path-breaking publications and support groups such as Planned Parenthood, the ACLU, Black and Pink (a support and advocacy group for LGBTQ... END_OF_DOCUMENT_TOKEN_TO_BE_REPLACED

Yvonne Rainer's film retrospective, Talking Pictures: The Cinema of Yvonne Rainer, organized by Thomas Beard begins this Friday July 21st and runs through July 27th at Film Society of Lincoln Center. Poems will be available for sale at the concession stand for the duration of retrospective at the sp... END_OF_DOCUMENT_TOKEN_TO_BE_REPLACED

Now I Can Say: A Publisher's Note by Yvonne Rainer

Art in America's Associate Editor, Brian Droitcour wrote an in-depth piece discussing Paul's work and Badlands' published output since the beginning. Getting to the heart of what Badlands is all about, Droitcour writes, "For him, books aren’t just a means to convey knowledge; they are also a source ... END_OF_DOCUMENT_TOKEN_TO_BE_REPLACED

On a Diagonal, Looking Forward and Looking Back: Review of Poems by Yvonne Rainer

A great review of Poems by Yvonne Rainer by way of Marcus Civin of Aufgabe, a poetry review. Read the review as a PDF.

E-books Are the Future of Art

Linda Green from Policymic writes about Badlands and the future of publishing as a digital art form. Green notes, "I just purchased my first piece of artwork the other day, for a whopping $1.99 on Amazon. It was HELL_TREE, an e-book by Petra Cortright that consists of writings and images from the ar... END_OF_DOCUMENT_TOKEN_TO_BE_REPLACED

Wendy Vogel reviews Poems over at Flash Art, writing that "the writing is best when she meditates on how the body and mind are closely knitted together." Read the rest at Flash Art Online here. ... END_OF_DOCUMENT_TOKEN_TO_BE_REPLACED

Corinna Copp at Bomb Magazine highlights Poems as an Editor's Choice. She writes, "Poems is Yvonne Rainer’s first collection. The legendary artist wrote about 30 of them over the course of a year, as she has mentioned in her memoir Feelings Are Facts. Somehow unwaveringly private yet resistant to na... END_OF_DOCUMENT_TOKEN_TO_BE_REPLACED