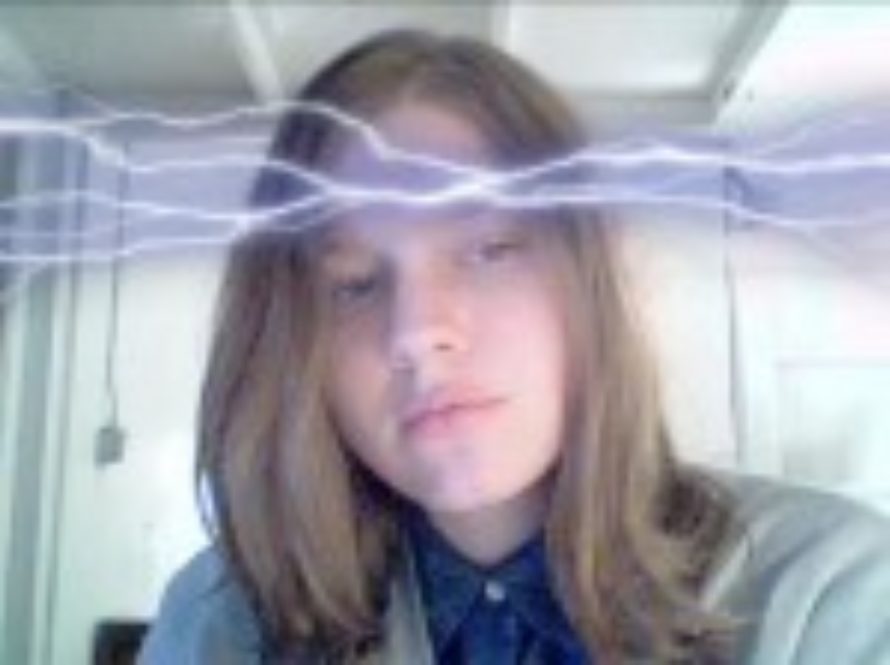 Petra Cortright (born 1986) is an artist who lives and works in California. She studied at Parsons School of Design in New York and California College of the Arts in San Francisco. She is a member of the Nasty Nets Internet Surfing Club, Loshadka Internet Surfing Club and Computers Club. She has exhibited internationally in many international shows including: New Museum, New York, 2008; Spencer Brownstone gallery, New York, 2009; The Sundance International Film Festival, 2009; Artnews Projects, Berlin, Germany, 2009; Gloria Maria Gallery, Milan, Italy, 2010; the Venice Biennale, Internet Pavilion, Venice, 2009, Frieze London 2013, and the New Museum. In 2014, Cortright began a collaboration with fashion designer Stella McCartney, creating a series of videos where Cortright uses glitches and video manipulation to showcase and contrast patterns on the garments designed by McCartney that she models.

HELL_TREE one of 10 Pivotal Moments for Digital Art in 2012

Kyle Chayka at Hyperallergic lists HELL_TREE as one of the key moments for digital art in 2012. He writes "Produced by Paul Chan’s Badlands Unlimited, a multimedia press that works with internet-friendly artists to create digital doodads, Petra Cortright’s HELL_TREE may be the first art e-book that ... END_OF_DOCUMENT_TOKEN_TO_BE_REPLACED

Bruce Sterling features HELL_TREE by Petra Cortright in Artforum. Sterling writes, "This work offers the precise opposite of the steely minimalism that Steve Jobs hoped for from his user base." Read more in the PDF... END_OF_DOCUMENT_TOKEN_TO_BE_REPLACED