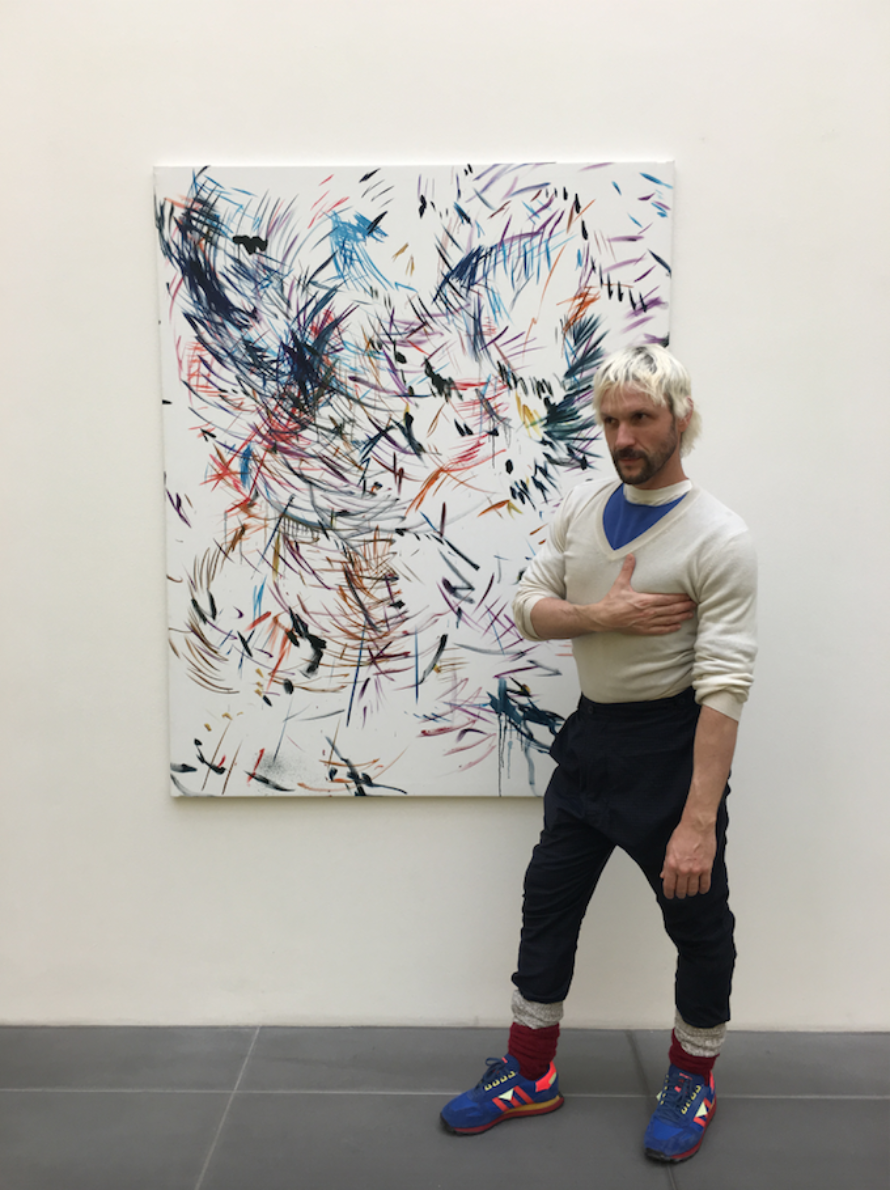 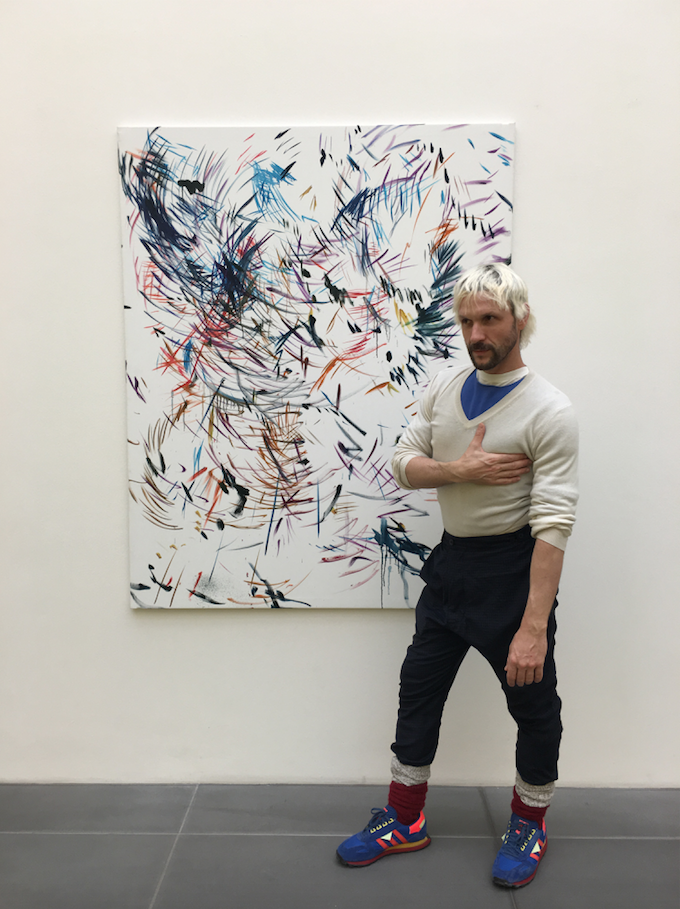 Bernhard Willhelm (b. 1972, Ulm, Germany) studied fashion at the Royal Academy of Fine Arts in Antwerp before launching the Bernhard Willhelm label with Jutta Kraus in 1999. Since their first presentation of women’s wear in Paris, they have brought a highly personal, idiosyncratic style to the arena of fashion, with work typified by craftsmanship, eclecticism, and irony, and seasonal collections presented in the forms of installation and tableaux vivant.

Willhelm’s career has been marked by collaboration with artists such as Björk, Olaf Breuning, and Carsten Fock, and awards including the Moët & Chandon Fashion Prize (2001) and ANDAM from the French Minister of Culture (2005). His work has been presented at the Athens Biennale; the Ursula Blickle Foundation, Stuttgart; and in retrospectives at ModeMuseum, Antwerp (2007-08); Groninger Museum, Netherlands (2009-10) and Museum of Contemporary Art in Los Angeles (2015). Wilhelm was also professor and head of the fashion department at the Royal Academy of Applied Arts in Vienna between 2009 and 2014.

Badlands author Bernhard Willhelm did a short and sweet Q&amp;A with i-D. Here's a sample of his always entertaining answers:

Spike Art Quarterly features Badlands' series of artist ebooks that were released over the summer in its Autumn 2016 issue in an article by Harry Burke, calling them "...maximalist affairs, saturated in imagery," He goes on to discuss how ebooks have transcended the constrictions of print books and ... END_OF_DOCUMENT_TOKEN_TO_BE_REPLACED

Dynasty ebook author, Bernhard Willhelm, participated in W Magazine's Q&amp;A feature, Culture Diet, where they ask artists what they've been reading, watching, and consuming in general. He talks about what he's excited to wear this summer as well as the art, music, film and literature (Kuntalini!) ... END_OF_DOCUMENT_TOKEN_TO_BE_REPLACED

Badlands Unlimited is pleased to announce the publication of a new series of artist e-books. A result of Badlands’ commitment to publishing experimental works in digital forms, each e-book utilizes the digital in its own way, pushing the limits of what a book can be. The authors come from the wo... END_OF_DOCUMENT_TOKEN_TO_BE_REPLACED

Sleek Magazine recently previewed Bernhard Willhelm’s artist ebook, Dynasty, calling it “a candid portrait of daily life” that “utilises his famously humorous approach towards art,” See a selection of images from Dynasty on Sleek’s site and get the full ebook on Apple and Amazon. ... END_OF_DOCUMENT_TOKEN_TO_BE_REPLACED